Class 11 New Compulsory English Grammar Used to Unit-16 What Is the Soul? 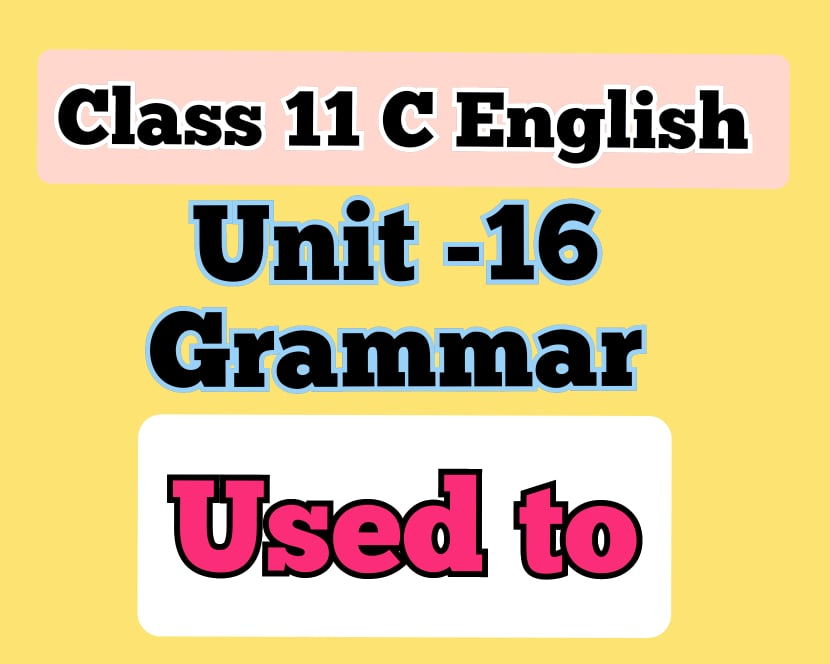 Chapter: What Is the Soul? 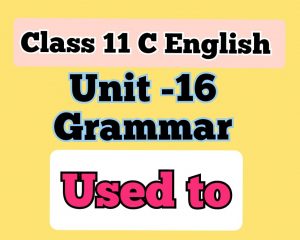 Rewrite the following sentences using ‘used to’. You can make an affirmative/negative statement or a question.

Ans: I used to live in a flat when I was a child.
b. She/love eating chocolate but now she hates it.

Ans: She used to love eating chocolate but now she hates it.
c. He/go to fishing in the summer?

Ans: Did he use to go to fishing in the summer?
d. My sister/play tennis when she was at school.

Ans: My sister used to play tennis when she was at school.
e. He/play football every weekend?

Ans: Did he use to play football every weekend?
f. My grandfather/speak five languages.

Ans: I didn’t use to hate school from the beginning.
h. You/live in Kathmandu?

Ans: Did you use to live in Kathmandu?
i. He/play Dandibiyo when he was a small child.

Ans: He used to play Dandibiyo when he was a small child.
j. She/wear a frock when she was small but nowadays she wears jeans.

Ans: She used to wear a frock when she was small but nowadays she wears jeans.

Class 11 New Compulsory English Grammar Used to Unit-16 What Is the Soul?

B. Write a short paragraph describing your past habits.

Ans: When I was a child, I used to play with my little plastic bag and the window in the kitchen.  I used to play with my elder sister, Rita.  We used to argue and forward across the yard.  She used to make paper boats. They were incredible.  Sometimes, she used to give chocolate chip treats.  They were very sweet. I still remember the taste of the chips. She used to allow me to play games on her mobile phone. We were like the best friends. I had different bad as well as good habits in the past. I used to  read story books. I still love story books. I used to read fantasy fiction. I used to steal money from our small shop. Once, my father scolded me for my bad habit of stealing. When I joined campus, I left all my bad habits.