Marriage as a Social Institution: Summary and Theme: Essay by Stephen L. Nock 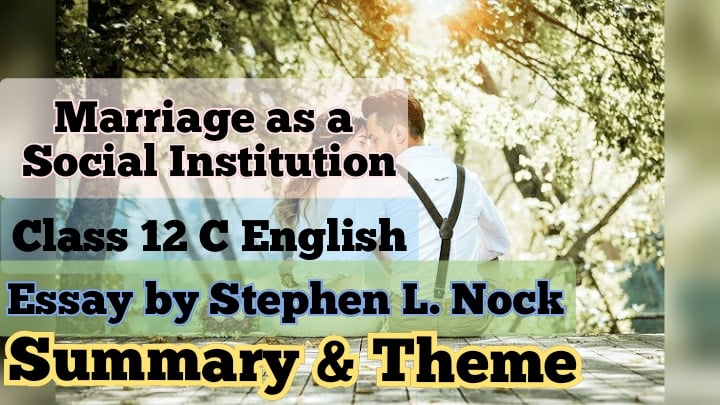 Summary and Theme of  Marriage as a Social Institution: Essay by Stephen L. Nock

The essay analyzes the national marriage debate. It examines the social and demographic trends that are responsible for the change in the concept of marriage and the family. For writer, marriage and parenthood are related to individuals. It is a private matter. He thinks that different programmes are responsible to change the scenario in marriage. Fathers are becoming responsible and divorce rates are decreasing as the result of such programmes. It will help to keep the strong bond of marital relationship.

A couple has to follow certain rules after the marriage. They have to follow the marital patterns to continue their relationship. They must be in limit to do actions.

Marriage is considered as a social structure. After marriage, a spouse plays an important role in men’s life. It is a union between two people. They are legally, morally and socially linked with each other. Husband performs as a leader of a family. As a life partner, they have to follow cultural and social norms to work as unit of it. Married males maintain his physical and mental health than women. Men are involved in public life, luxury, comfort,etc after a marriage. So marriage is an institution like the family, education, law,etc.