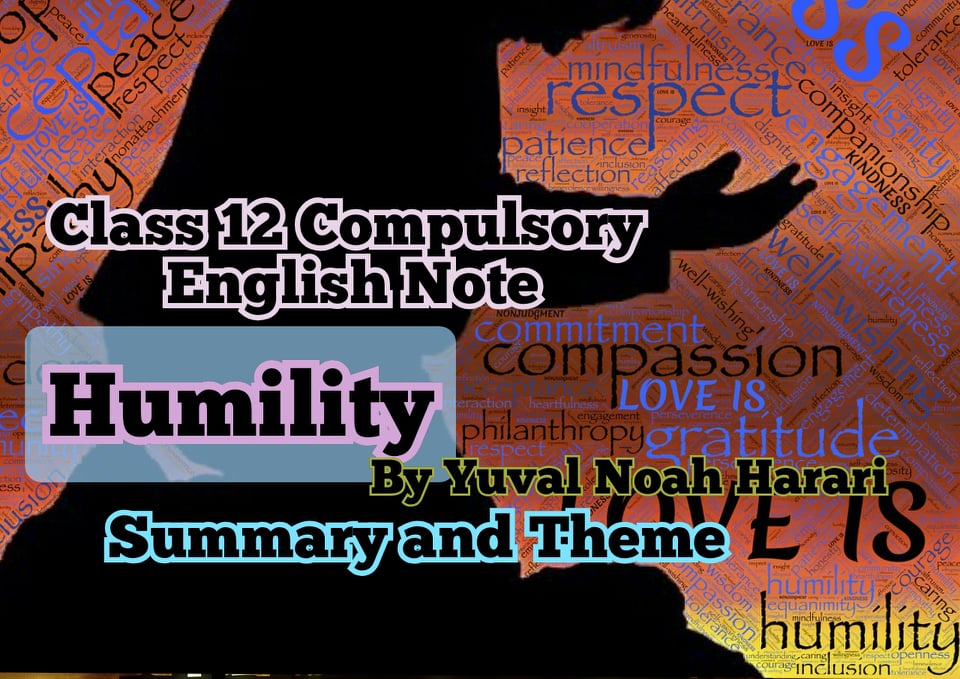 Summary and Theme of Humility: Essay by Yuval Noah Harari

The essay presents human illusion about superiority and mastery. He believes that creativity, morality,art, spirituality,etc are related with universal human talents. These things are encoded in human DNA. He focuses on virtues of humility. He defines humility as ”recognition of the real limits of our techno-social knowledge and ability. Most societies don’t have humility. Many people believe that their position is at the centre of the universe. They also claim that their culture is the foundation for human history.

Greeks claim that Homer,Sophocles and Plato’s ideas help to create the world history. Their ideas and innovations were major factors to decide that  world’s history. But some Indians don’t agree with it. They believe that ancient sages had these ideas of aeroplane and nuclear bombs before Greek philosophers.

We can’t depend upon a single group ideas as unique because we can find such ideas existed before. Such group try to influence people by claiming their ideology as unique. For example, Christian claim that Biblical phrase ”love they neighbours as thyself” as unique idea. But Jews believe that it is their own concept. But this idea was already found in China before. In the same way, the concept of monotheism was originated from Egypt. But Jews claim it as their own. One group of people don’t follow another’s faith. Christianity doesn’t follow Jews. Islam rejects all history before Mohammed.

In this way, all people and groups have different version of the world history. The world history proves that if you try to give opposite ideas, you will be persecuted. It hints that people are self-centred. Most of the people lack humility.