I Was My Own Route: Poem by Julia de Burgos: Summary and Theme 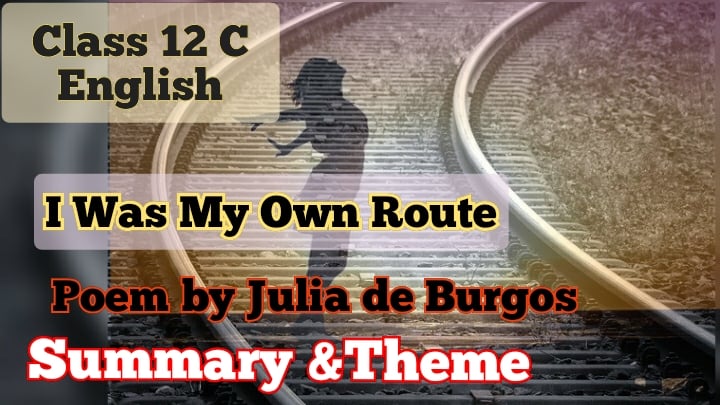 Summary and Theme of ‘I Was My Own Route’: Poem by Julia de Burgos

The poem ‘I Was My Own Route’ by Julia de Burgos is written from the feminist point of view. She is a radical feminist. She challenges male dominated society’s concept about the of female existence. She also rejects traditional journey of female designed and shaped by male. She hates both male mentality and prejudice towards female.

The poem supports women freedom and liberation in the society. She portrays such pictures in the poem. She is against masculine ideology in our society. Male tries to define female’s life and path. She thinks that masculine thinking leads to gender inequalities in our society. She wants to start her own journey without male’s support and ideology. She wants to choose a new path. Male and female are equally important in our society. So, she wants women’s rights and freedom. According to her, the law gives equality to male and female. But society creates a gap. As a result, females become victim of masculine ideology.

The poem is about women’s freedom, identity, equality,independence, happiness and right to choose her own journey. Patriarchal society shouldn’t guide woman to follow her path. So, she wants to see free women like men in her society.