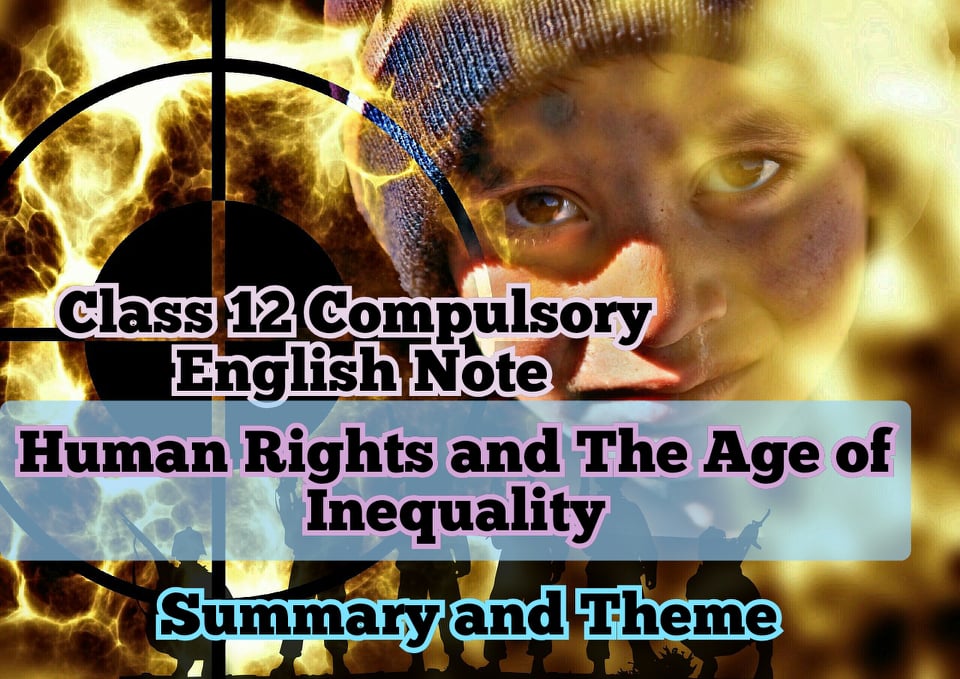 For Complete Explanation in Nepali Watch the Video

This essay is about mismatch between the egalitarian crisis and human rights solution. At the beginning of the essay, he presents a story of Croesus (last king of Lydia). The wealthy king thought himself as happiest of human beings. He wanted to remove his citizen’s unhappiness without investing his wealth. Later on, his wealth was captured by Persian King Cyrus. He lost the war with the king.

By using this story, the writer wants to show inequality in the modern world. There is a vast gap between rich and poor people in the world. We celebrate the international human right day on 10th of December but we do nothing to create equality of resources among people of the world. Distributive equality can solve this problem but it is not possible in practical life.

The situation became even worse in the scenario of human rights after 1940. It followed favouritism after 1940. It divided the world into two groups. They are US led democratic nations and USSR led communist nations groups. As a result it brought the cold war. The scenario after decolonisation didn’t bring any progress in the case of development and human rights. The agenda of ‘national welfare’ became popular than egalitarian human rights.

The writer mentions Herodotus ideas about redistribution of global socio-economic justice. He believes that it will help to transfer wealth from rich to poor. Human rights guarantee equal freedom and rights to all but in reality, it is not applied in the real situation. It always remains inside documents. So, socio-political structure and present economy should be changed to alter the scenario. Fair distribution of wealth, redistribution of means and resources, creativity, fair distribution of wealth, implementing the previous laws are necessary to establish human rights. In the same way, radical movements can boost the scenario of human rights.