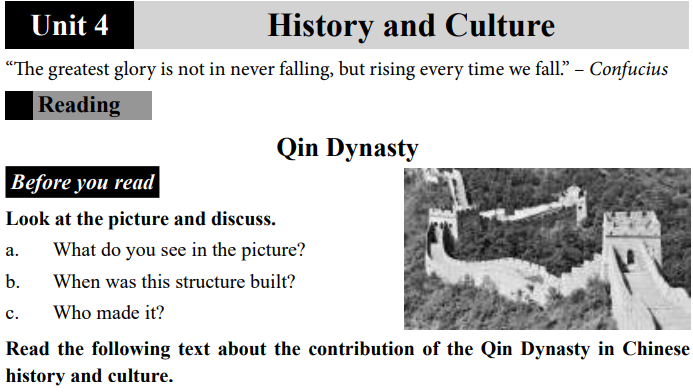 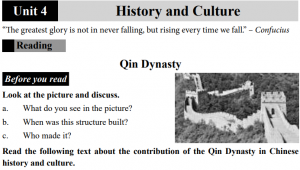 A) Match the words with their meanings.

B) Find the following words in the text and use them in sentences of your own.

Ans: An example of an invasion is a attack on a city.

b) Disregard (pay no attention to; ignore)

Ans: She disregards his advice.

c) Paramount (more important than anything else; supreme.)

Ans: Everyone agrees that social security is the paramount issue.

d) Populace  (the people living in a particular country or area.)

Ans: The populace of a nation is its people.

Ans: A revolt will force the government to listen their voice.

Ans:  The reporter  was in constant fear of assassination.

g) Serfdom (condition in medieval Europe in which a tenant farmer was bound to a hereditary plot of land and to the will of his landlord.)

Ans:  The abolition of serfdom is a victory in the history of the world.

D) Consult a dictionary and prepare a list of ten homographs. Page:37

Homographs are the words with different pronunciations and different meanings but same spellings. However, the words here have a change in the word stress often causing changes in the vowel sounds.

Complete the table with the correct information from the text.

a) Why is the Zhou Age called a feudal age?

Ans: During the Zhou Dynasty, China was never a unified kingdom. The Zhou government bore a strong resemblance to some of the forms of feudalism in medieval Europe, which is why the Zhou age is sometimes referred to as a feudal age.

b) What is the location advantage of the Qin?

Ans: The Qin had the advantage of a favourable location: Its territory in modern Shaanxi Province is well guarded from the east by mountains and gorges and has easy access to the North China plain through the Yellow River passes.

c) What contributed to the success in the warfare as described in the text?

Ans: They were also able to expand their borders without fear of immediate conflict, unlike the other states, and so could obtain still further resources. This benefit, and others such as the size of the Qin army and their expert use of the chariot, contributed to their success in warfare.

d) Why did the Qin invite the foreign advisor, Shang Yang?

Ans: Early in the Qin Empire, the practice of Legalism reached its peak in Chinese history. This idea of state policy was devised by Shang Yang who came to Qin as a foreign advisor. Qin was lacking, early on, in skilled intellectuals and politicians and, therefore, had to look beyond its borders for talented people. Shang Yang was one of those foreign talented persons and he would have a lasting influence on the Qin Empire

e) What were the key features of the Qin political system?

Ans: Fear and control were the key features of this political system. In addition, one’s personal importance to the empire was also a key element. If you, as a person, meant nothing to the state, you actually meant nothing objectively; your life was meaningless.

f) How were the people treated during the Qin Period?

Ans: Farmers were freed from serfdom. The people throughout the empire were now supposed to bear collective responsibility for each other. If a person did not behave according to the rules, then others were required to report to him. If they did not do this, they were quartered or beheaded. Those who contributed the most to the state were highly rewarded while those whose lives were considered of no consequence were sent to work as slaves.

Ans:  Shi Huangdi believed that uneducated people were easier to control and so the people should remain stupid so that they would never think to doubt who was in charge of the empire.

h) What did the Qin achieve by the legalism in practice?

Ans: Legalism helped to create a superior army, a disciplined bureaucracy, an obedient populace, and the unquestioned authority of a strong central government.

i) Why did Shi Huangdi never sleep in the same room for two consecutive nights?

Ans: In his later years, Shi Huangdi became obsessed with death and the hope of eternal life. In constant fear of assassination, it is said, he never slept in the same room of his palace two nights consecutively

j) What are the everlasting marks of the Qin Dynasty?

Ans: The Qin Dynasty created the standard of bureaucratic government and the Legalistic policies first initiated by the Qin. In addition, the dynasty left a wonder of ancient artwork: The Terracotta Army in Xi’an. The most famous legacy left by the Qin is The Great Wall of China. The Qin did more than just found a dynasty in China: they brought a continent together.

A) The Great Wall and the Taj Mahal are the creation of the autocratic rulers. Present your view for or against this statement.

Ans:  Yes, I believe that the Great Wall of China and the Taj Mahal are the creation of the autocratic rulers. The Great Wall of China was made to protect the north empire of China from enemy attacks. There are nineteen walls. The first wall was built in the 7th century BC. The famous wall built by Qin Shi Hong (Emperor of China) in 226-200 BC. The current wall was built by Ming Dynasty of China.

It is not possible to make The Great Wall of China by an individual effort. People were forced to such projects by autocratic rulers as a punishment. It is mentioned in the text that people throughout the empire were supposed to bear collective responsibility for each other. If a person did not behave according to the rules, then others were required to report to him. If they did not do this, they were quartered or beheaded. Those who contributed the most to the state were highly rewarded while those whose lives were considered of no consequence were sent to work as slaves on Shi Huangdi’s building projects such as the Great Wall of China, the Grand Canal, and the roads which increased ease of trade and travel.

In the same way, Taj Mahal is also a result of the autocratic ruler of Mughal emperor of India, Shah Jahan. It is believed that he built it to immortalize his wife Mumtaz. It is said that Shah Jahan severed the hands of the artists to prevent them to make same kind of structure again. Historical facts prove that the king was more ruthless than romantic. It took 20 years for 20000 workers to build the Taj Mahal.

All people remember the name of emperors who built the structures but nobody is eager to search the realities behind the structures. It is proven fact that history is always written by the winners.

B) How do you describe the pros and cons of feudalism?

Feudalism is a socio-political system that existed in Europe during the Middle Ages in which people worked and fought for the nobles who gave them protection and the use of land in return. In it, a country is divided into different ruling regions.

A) Write an email to your friend living abroad stating the contributions of Prithvi Narayan Shah in the unification of Nepal.

I am fine here and hope that you are also fine there. I received your email on Sunday morning. You have asked me about the contributions of Prithvi Narayan Shah in the unification of Nepal. I am writing about it in detail.

He conquered Nuwakot at the beginning. After conquering Nuwakot, he conquered the Kathmandu Valley,  Lalitpur and Bhaktapur. He united different warring kingdoms to increase his unification process. After winning over other kingdoms he moved  his capital to Kathmandu. He gave a new name “Nepal” to his Gorkha kingdom.

Write soon and tell me all about yourself and family.

B) The table shows the major political movements in Nepal after the end of the Rana Regime. Write a paragraph of each event with their key contributions in the political landscape of Nepal.

Ans: Nepali people were dissatisfied with Rana Regime. They revolted against it. As a result, King Tribhuvan went to Delhi to do agreement between Ranas, Nepali Congress and King Tribhuvan.  In 1951 (15 February)  King Tribhuvan and the leaders of the Nepali Congress returned to Kathmandu from India. On 18 February, the King announced Nepal’s first steps to democracy. The  cabinet at that time was headed by Sir Mohan Shumsher Jang Bahadur Rana.

Ans: First general election was held in Nepal from 18 February to 3 April 1959. It elected 109 members of the first House of Representatives, the lower house of the Parliament of Nepal. Forty two percentage of Nepali citizens participated in it. Nepali congress won the election with 74 seats out of 109 seats. It got 38% of total vote. B.P Koirala became the first prime minister of Nepal to be elected democratically.

In Nepal on 2 May 1980 a referendum on the system of government was held. Nepali citizens can  choose between  panchayat system and a multi-party system. 54.99% of people voted for the panchayat system whereas  Multi-Party System only received 45.2%.

The People’s Movement I 1990 was the movement led by the various political parties of Nepal. It ended both monarchy as well as panchayat system. It began constitutional monarchy.

The movement is also known as Jana Andolan II. It was against the direct and undemocratic rule of King Gyanendra. King Gyanendra reinstated the old Nepal House of Representatives on April 24, 2006. Girija Prasad Koirala, a leader of Nepali congress,  led the government.

Post Views: 9,626
Class 11 New Compulsory English Unit 4 History and Culture Qin Dynasty Exercise Cons of Feudalism/Negative aspects How do you describe the pros and cons of feudalism? Pros of Feudalism/Positive aspects The Great Wall and the Taj Mahal are the creation of the autocratic rulers. Present your view for or against this statement. The table shows the major political movements in Nepal after the end of the Rana Regime. Write a paragraph of each event with their key contributions in the political landscape of Nepal. Unit 4  History and Culture Qin Dynasty Write an email to your friend living abroad stating the contributions of Prithvi Narayan Shah in the unification of Nepal.
Share. Facebook Twitter Pinterest LinkedIn Tumblr Email