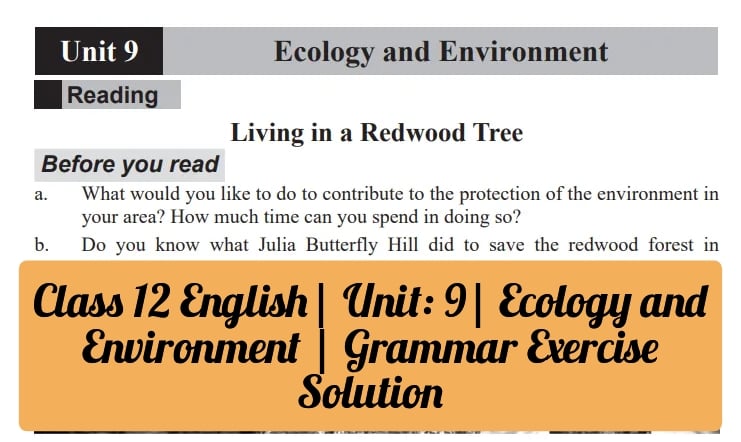 B. Someone says something to you which contradicts to what they told you earlier. Match the beginnings of the conversations with the correct endings.

a. I’m going to Pokhara on holiday. i. You said she’d had a boy.
b. He’s a lawyer. ii. You admitted you cheated in all your exams.
c. She’s had a baby girl. iii. You told me he was a teacher.
d. I haven’t seen Binesh for ages. iv. You told me she was fluent in both.
e. I love these new boots. v. You said you hated them.
f. I only cheated in one exam. vi. You said you were going on business.
g. She doesn’t speak Hindi or Chinese. vii. You told me his office was in Biratnagar.
h. He works in Kathmandu. viii. You told me you’d seen him previous week

a. The principal said, “You can phone from my office, Rita.”

Ans: The principal allowed Rita to phone from his office.

b. “You must not neglect your duty,” said the teacher to the student.

Ans: The teacher told the student not to neglect his duty.

Ans: The student asked the teacher to grant him leave for two days.

Ans: I ordered her to go to school to avoid the fine.

Ans: The headmaster forbade the boys to make any noise.

f. “Work hard if you want to rise in life,” said the old man.

Ans: The old man advised us to work hard to rise in life.

h. She said to me, “Have a pleasant journey ahead.”

Ans: She told me to have a pleasant journey ahead.

i. “Don’t give me the book, please,” Sharmila said.

Ans: Sharmila requested not to give her the book.

j. “Where have you been these days?” she spoke on the telephone.

Ans: She asked on the telephone where he had been those days.

k. The teacher said, “Have you submitted your assignments, students?”

Ans: The teacher asked the students if they had submitted their assignments.

D. These are the exact words Dinesh said to you yesterday.

“I’ve just got engaged! We’re getting married next month. We’re going to Pokhara for our honeymoon. It’s all going to be very expensive. Luckily, my friend is a photographer so he’ll take the photos for us. We’ll be having the reception in my parents’ back garden. My mum is baking the cake for us and my sister’s band is playing free for us. I hope you’ll come to the wedding.”

Ans: Now, you’re telling your friend what Dinesh told you. Complete the text.

He said he had just got engaged. He told me that they were getting married next month. He told me that they were going to Pokhara for their honeymoon. He mentioned that it was going to be very expensive. He said that his friend was a photographer and he would take the photos for them. He mentioned that they would be having the reception in his parents’ garden. He admitted that his mum was baking the cake for them and his sister’s band was playing free for them. He said he hoped I’d come to the wedding.