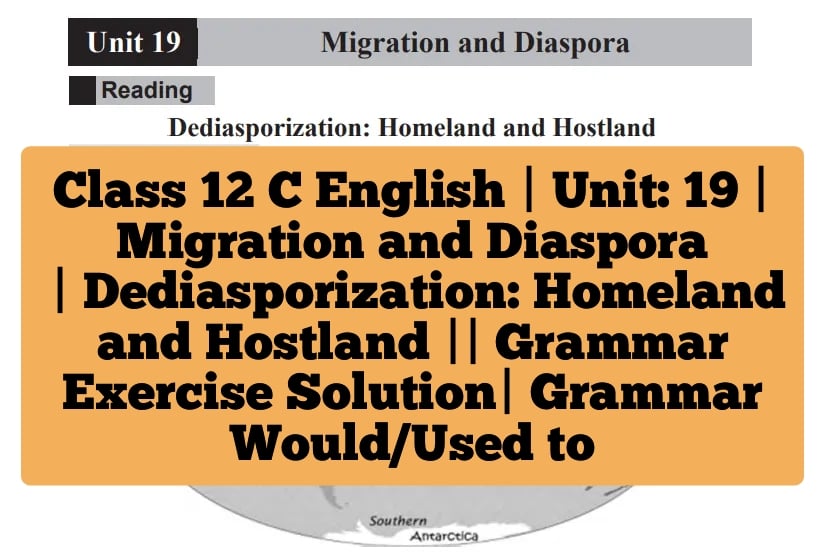 Would/Used to:
A. Make sentences from the table below using used to / didn’t use to as shown in the example.
Example: She used to travel a lot but now she rarely leaves her town.

1. She used to travel a lot but now she rarely leaves her town.

2. She used to be lazy but now she works hard.

3. She didn’t use to like junk food but now  she eats momo and noodles these days.

5. She used to be a school teacher but now she is a professor.

6. She used to have many friends but now she has limited friends.

7. She did not use to read many books but  she reads a lot of books.

8. She did not use to take coffee but now she drinks coffee.

9. She used to go to parties a lot but now she does not attend parties.

B. Study the following sentences and find the differences between them.
a. My grandfather used to smoke but he doesn’t smoke now.

b. I would always talk to my grandfather whenever I had a problem.
Now, complete the sentences with used to or would.

a. My sister ……used to……….have short hair when she was young.
b. We …used to… have lunch in the same school café when I was in middle school.
c. My father …used to………play badminton before he had backbone problem.
d. When I was very young, I …would not….(not) like milk.
e. She …used to….call me after class for a chat.
f. My mother …didn’t use to…… (not) wear glasses when she was at the university.
g. When I was a child, we ……used to……..live in a village.
h. On Sundays, My mother ……used to……..wake up and go to the temple.
i. How many friends ………would you……..have in class ten?
j. My father  always……used to…. read me bedtime stories before bed.