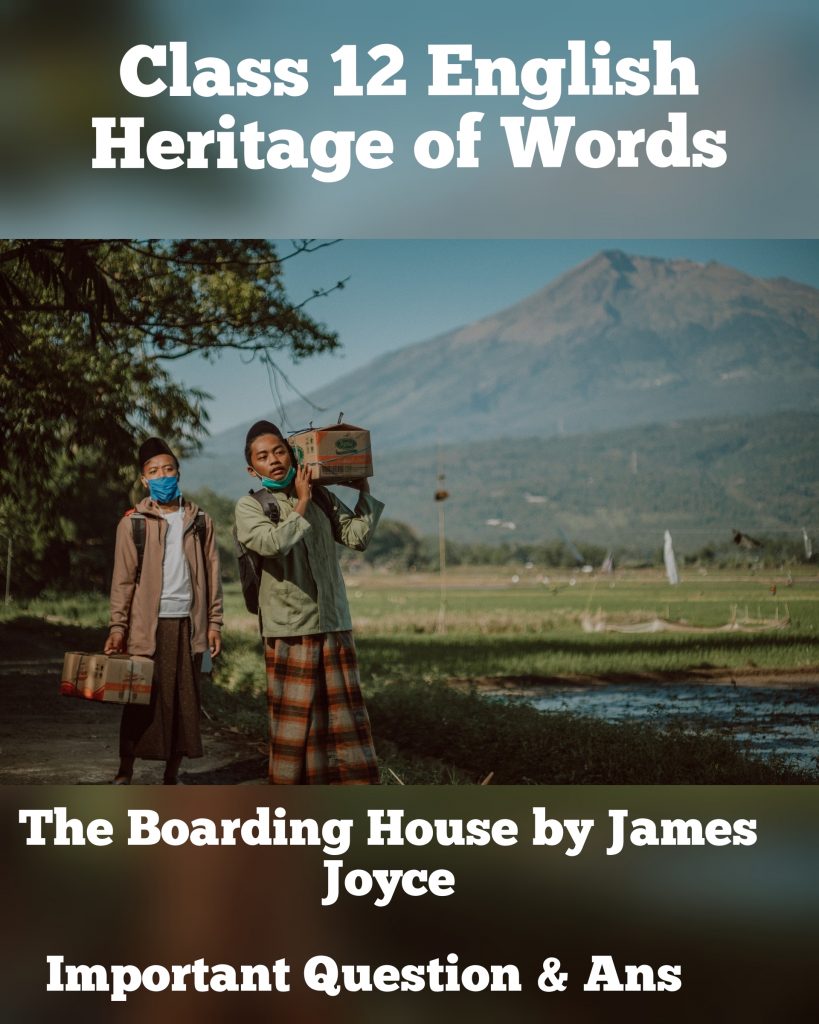 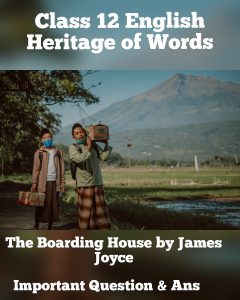 1 Sketch the character of Mrs. Mooney.

“The Boarding House” is all about the character of Mrs. Mooney, a strong determined woman, and her persuasive strategies to settle her daughter’s affair with Mr. Doran.

Mrs. Mooney was a determined and impressive woman. As a butcher’s daughter she knew the techniques of trade. She knew when to give credit and when to be strict. But she made a mistake by marrying her father’s worker. He became drunkard and wasted the property. He even tried to kill her. She got separated from him, opened a boarding house and ran it successfully.

Mrs. Mooney was also cunning and eloquent. She could use strong reasons and persuasive strategies. This is proved by how she settled her daughter’s affair with Mr. Doran. She trapped him to marry her daughter. She knew about her daughter’s affair with Doran. But she remained silent at first, waiting for the right time. Then she talked directly to him about this. In spite of his unwillingness, she succeeded in her mission in the end.

Though Mr. Doran had an affair with Polly Mooney, he didn’t want to marry her. There were some reasons behind it. First he liked to remain single and free. He believed that “Once you are married, you are done forever.” He didn’t like Polly because of her drunkard father and bad reputation of her mother’s boarding house. Polly was a little vulgar as well. Her sentences were not grammatical. If he married her, his family would look down on her. Therefore, Doran didn’t want to marry Polly.

3 Why was Mrs. Mooney silent at first though she knew about the affair between Polly and Doran?

Mrs. Mooney’s intention was to find out a man for her daughter. She made her daughter do household works so that she would come in contact with the young men living at her boarding house. She knew the affair between her daughter and Mr. Doran. But she kept silent in the beginning because she was waiting for the right time. When she thought the situation was in her favour, she forced Mr. Doran to Marry he daughter. She was silent in the beginning so that he could be trapped afterwards.

OR, How did Mrs. Mooney succeed in her mission in the end?

OR, How did Mrs. Mooney settle with Mr. Doran about Polly?

OR, Do you think Mr. Doran married Polly or pay out compensation?

Mrs. Mooney talked to Mr. Doran directly about his affair and relationship with Polly. Her aim was to force him to marry Polly.

Mooney’s mission was to marry her daughter to a rich man like Doran. She succeeded in it with the use of tricks and persuasive strategies. She raised the issue of morality and accused Doran of taking advantage of Polly’s youth and innocence. She warned him about the possible results in case he did not marry her. She also reminded him of the happy moments with Polly. He tried to escape by paying out compensation. But she trapped him saying that her daughter was not a prostitute.

5 Sketch the character of Polly.

Polly, Mrs. Mooney’s daughter, is a beautiful young girl of nineteen. She used to work in an office. Now her mother keeps her at home to amuse the lodgers and help with the cleaning. Polly develops a relationship with Mr. Doran, who is rich and thirty-five years old. In spite of her bad manners and poor language skill, Doran is trapped by her beauty. Polly is not as strong as her mother. She cries and prefers to kill herself in case Doran does not marry her. But this is also her clever trick.