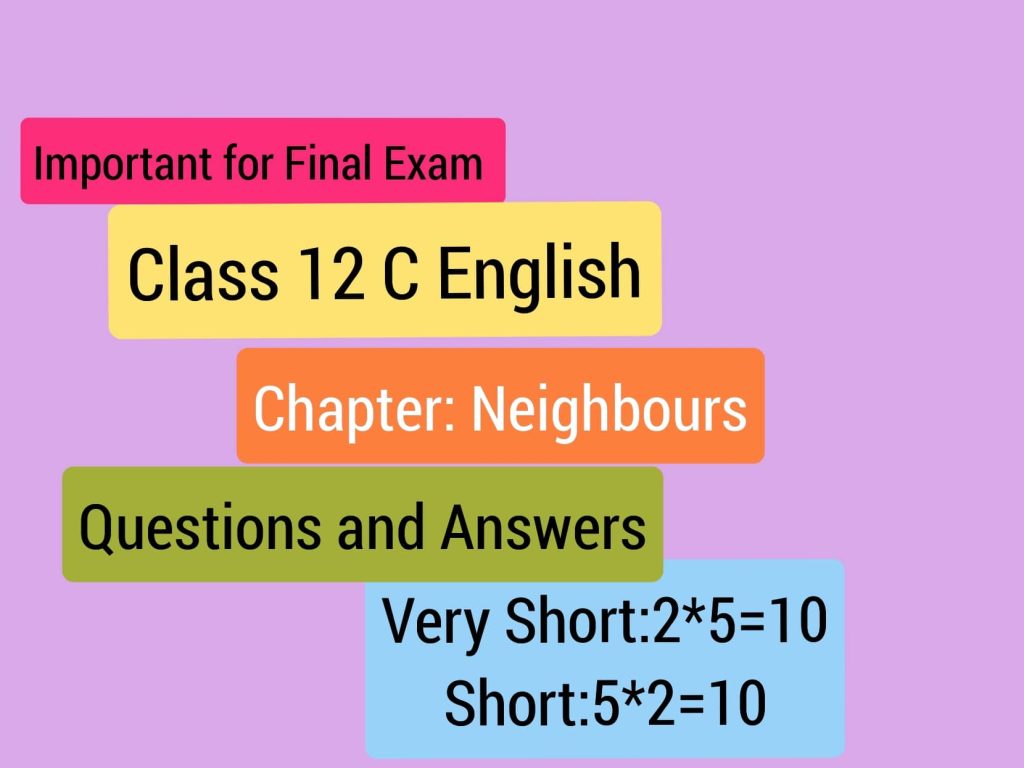 a) Describe how the young couple’s house looked like.

Ans: The young couple’s house was small but it looked like a cottage.

b) How did the young couple identify their neighbours in the beginning of their arrival?

Ans: The young couple didn’t like irritating and disgusting activities of their neighbours in the beginning of their arrival.

c) How did the neighbours help the young couple in the kitchen garden?

Ans: The neighbours helped the young couple in the kitchen garden by giving fence and advice on gardening.

d) Why were the people in the neighbourhood surprised at the role of the young man and his wife in their family?

Ans: They surprised the people because the young man stay and write his daily workouts notes instead of working.

e) How did the neighbours respond to the woman’s pregnancy?

Ans: They gave smiles as well as different presents.

f) Why did the young man begin to weep at the end of the story?

Ans: The young man realized his neighbours’ selfless work at the end of the story.

G) Why do you think the author did not characterize the persons in the story with proper names?

Ans: The author wants to generalize the couple as a universal couple. It is a story of every couple who has to face the same kind of situation in multicultural society.

a) The story shows that linguistic and cultural barriers do not create any obstacles in human relationship. Cite some examples from the story where the neighbours have transcended such barriers.

Ans: There are many examples:

i) They gave fence as well as advice on gardening.

ii) They also gave different gifts during the woman’s pregnancy.

b) The last sentence of the story reads “The Twentieth-century novel had not prepared him for this.” In your view, what differences did the young man find between twentieth century novels and human relations?

c) A Nepali proverb says ” Neighbours are companions for wedding procession as well as for funeral procession.” Does this proverb apply in the story? Justify.

Yes, it is applicable in this story. I find the same kind of helpful neighbours in the story. They gave fence as well as advice on gardening. In the same way, they take care and provide different gifts during the woman’s pregnancy.

Ans: It has become a major issue because it is an important part of present world. It is base of every society. It gives different opportunities to the people of the world to work and share their experiences together.

e) Do the people in your community respond with similar reactions upon the pregnancy and childbirth as depicted in the story? Give a couple of examples.