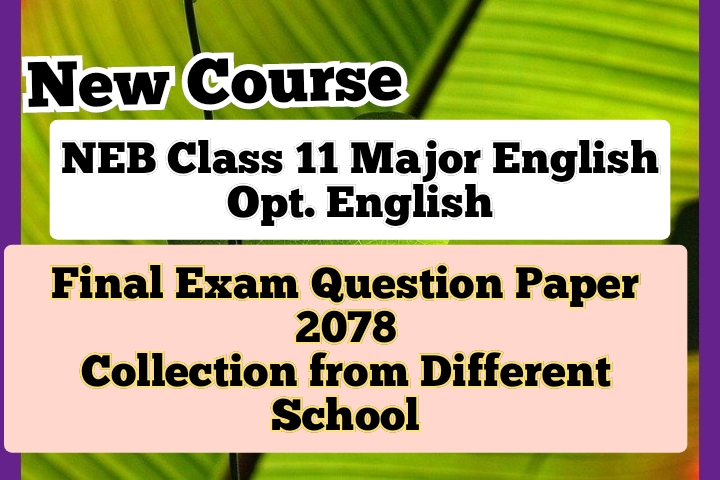 [Candidates are required to give their answer in their own words as for as practicable the figure on the right side indicates full marks.]

i. She sends him a cactus with its name in Spanish.

ii. She sees him at dinner and says yes.

iii. iii. She ignores his proposal.

iv. She sees him at dinner and says no.

6. What is the theme of the story ‘The Piece of String’?

i. We shouldn’t steal anything.

21. What types of conflicts occur in “Of Mice and Men”? Are the conflicts physical, intellectual, or emotional?

22.We need joint efforts to fight against the climate change. Explain (Our House is on Fire)