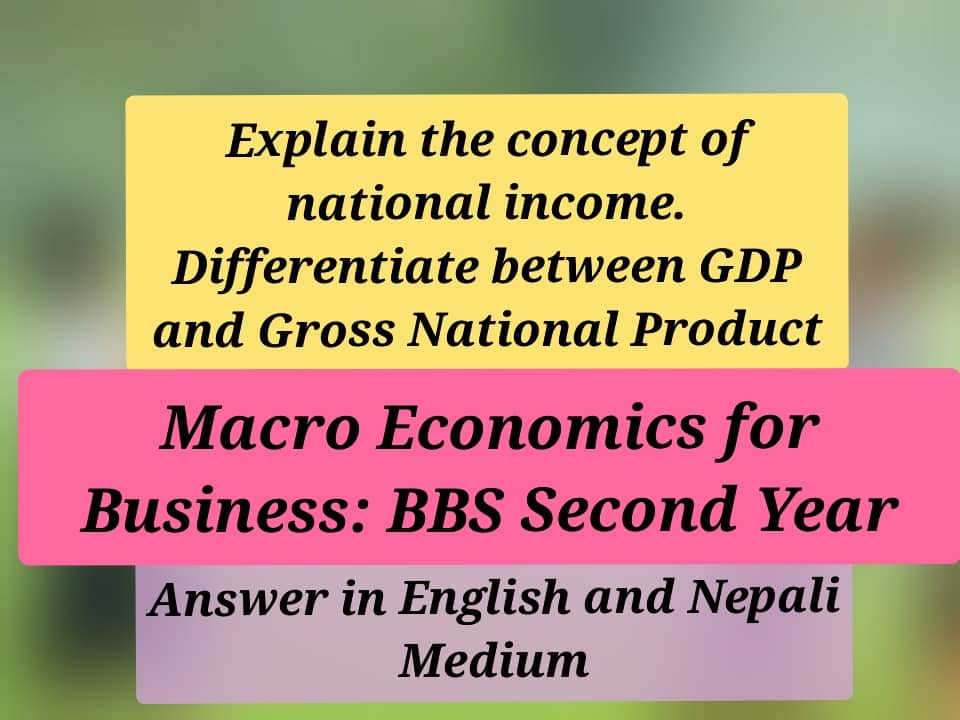 Answer in English and Nepali Medium

The concepts of national income:

Gross Domestic Product (GDP) is the total market value of all goods and services produced within a year in a country. The formula can be presented as follows.

NDP is obtained by deducting the depreciation fromGDP.

This is the result of adding net income from abroad to the gross domestic product (GDP).

The price obtained by subtracting depreciation from the total market price of all goods and services produced in a year.

Personal income is the sum of the total income received by various individuals and households of the country from various sources. This includes the income before the household pays direct taxes.

The total income received by various individuals and households of the country from various sources is the sum of direct income after direct tax.

The per capita income is the quotient of one year’s national income divided by the population of that year. 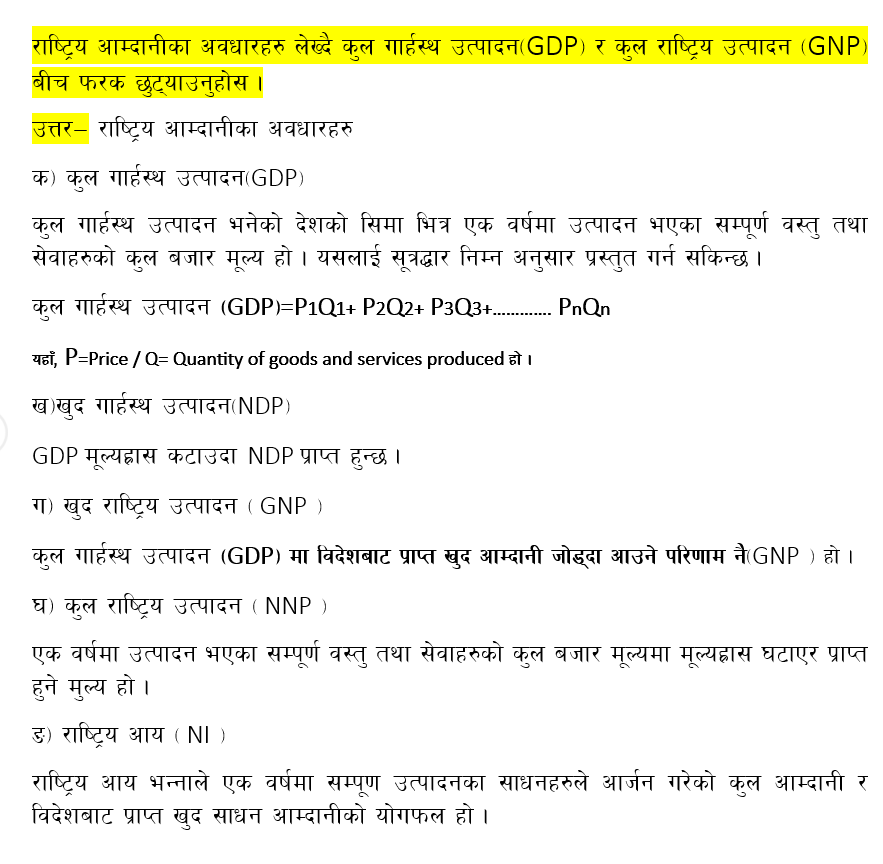 What is National Income? Explain the difficulties of calculating the national income:BBS Second: Macro Economics