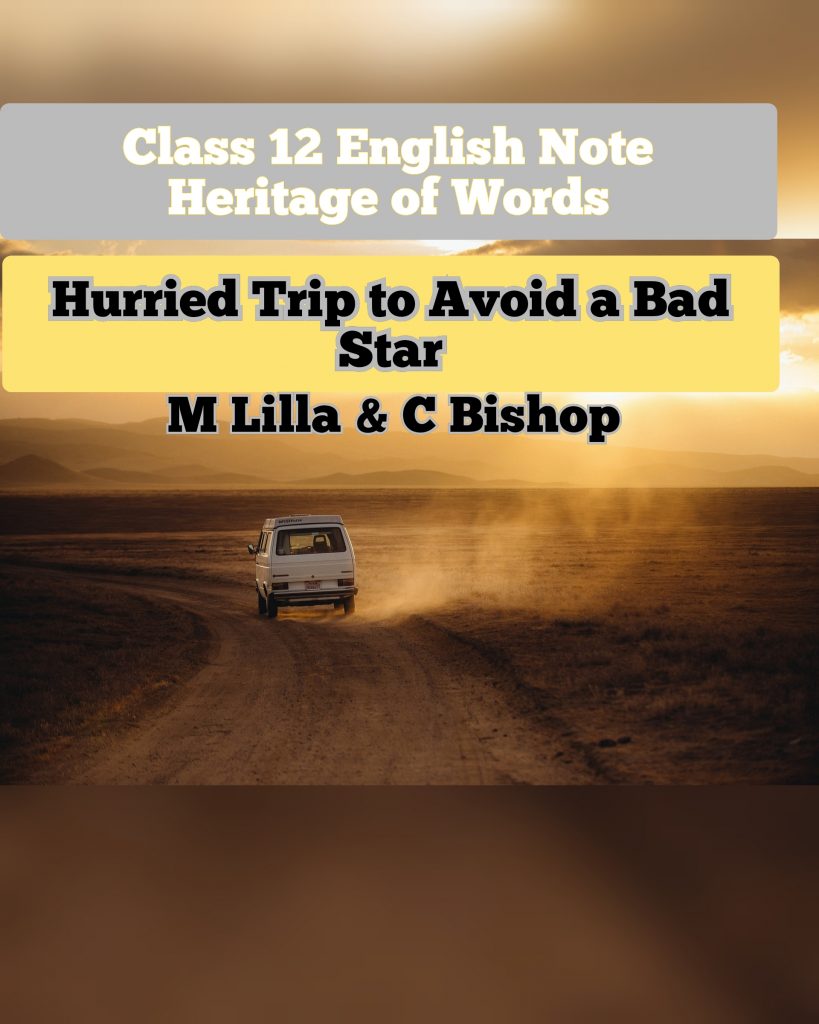 1 How is Karnali economically linked with the Terai/lowland regions to the south?

As described in the essay “Hurried Trip to Avoid a Bad Star,” Karnali is economically linked with the Terai/lowland regions to the south on which the people’s economic activities depend. Farm product in Karnali is not sufficient for survival, so they depend on simple trade with the Terai.

For the people of Karnali, The lowland regions are export centres, where they take their local products to sell. Some people carry herbs like silajit which have medicinal uses. People also bring hashish, hand-knit sweaters and blankets to sell.

The lowland regions are also import centres for the people of Karnali. These people go there to buy necessary goods. They buy common items like ironware, cotton clothes, jewelry and spices.

The lowland regions are also job centres for the people of Karnali. There are more job opportunities, so some people like the Chettri woman’s husband in the essay go to the Terai in search of job.

The people of Karnali sell their products in the lowland regions and buy there what they need. Now a concrete road has linked Karnali with Surkhet. This will increase their economic activities and raise their status because they will get the right cost of their products.

As described in the essay “Hurried Trip to Avoid a Bad Star,” the life of people of Karnali has been very hard. Karnali is economically backward mainly because it is remote and not well connected with other parts of the country by road. Farming is not enough, so the natives depend on simple trade with the Terai for survival.

People of Karnali are simple, uneducated and superstitious. There is a Chettri woman whose husband has gone to find job in the plains but has not returned. She simply asks the passers-by to look for him and send him back. Some people are processing ‘silajit’ on the way. They have left their place to avoid a bad star. Some women are cutting tree branches to feed their animals. They do not care that the trees have no leaves left on them. They lack awareness about the need to preserve trees. They do not seem to realize the possible environmental damage their actions will cause.

In spite of their difficult life, the people of Karnali are still living there. They combine farm with simple trade for earning and living. They bring medicinal herbs, hashish, hand-knit sweaters and blankets and other local products to sell in Nepalganj. When they return home they buy goods like ironware, cotton clothes, jewelry and spices for their own use as well as to sell in their locality to earn a living.

But now the condition is beginning to change mainly because a black-topped road has linked Karnali with Surkhet. This is expected to make the native people’s life easier and raise their economic status. Now they will not have to carry their goods and products on their backs or on mules. They will get the right price for their fruits and other local products. Their journey will be easier and shorter. Earlier a bus took 3 days to reach the capital, Kathmandu. Now it takes only 36 hours.

3 What do skeletal-looking sal trees indicate about the exploitation of nature? What does the reply “What we can do? The animals must eat today” signify?

The skeletal-looking ‘sal’ trees clearly indicate the exploitation of nature. People cut the leaves and branches of these trees to feed the animals they keep. They do not plant more trees nor preserve the remaining ones. They do not even spare the trees which have few leaves left on them. They simply reply “What can we do? The animals must eat today”. This signifies their indifference to the future. They do not think what will happen tomorrow. They just want to solve their current problem. They do not realize that their actions may have long-term effects.

4 What is silajit? What are its medicinal uses?

Silajit is a very useful object available in nature in the form of deposits. It is found in places like Sinja which lie in the far north. Small flat pieces are made by processing silajit in fire. Each piece is sold for 60 rupees and then exported to India for medicinal use. According to the people who bring silajit to sell, it clears the inside and helps digestive system function properly if it is boiled with milk.

5 Why did Karma buy only distillery equipment?

Karma bought only distillery equipment because he saw profit in this investment. His plan was to produce drinks in large quantities and sell them. This way he could make more and quick money. And he could buy as many clothes as he liked. Karma’s fellow travellers bought common items like clothes, jewelry, ironware and spices. But he bought only distillery equipment to earn more than them.