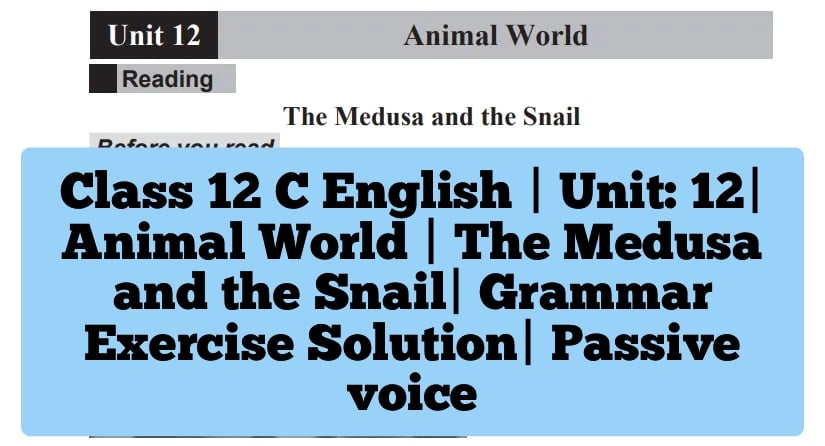 Make passive sentences from the following information as in the example.

: Toyota cars are made in Japan.

Ans: Volleyball is played in every country.

Ans: An exercise is followed in every lesson.

Ans: The price is included in the tax.

Ans: An extensive information is found in the internet.

Ans: Their order was taken by the waiter.

Ans: The schedule will be distributed to the students.

Ans: A footprint was found by the police.

Ans: The sandcastles were formed by the children.

Ans: The window is not going to be opened by the father.

Rewrite the following sentences in the passive voice using the correct form of verbs in the brackets.