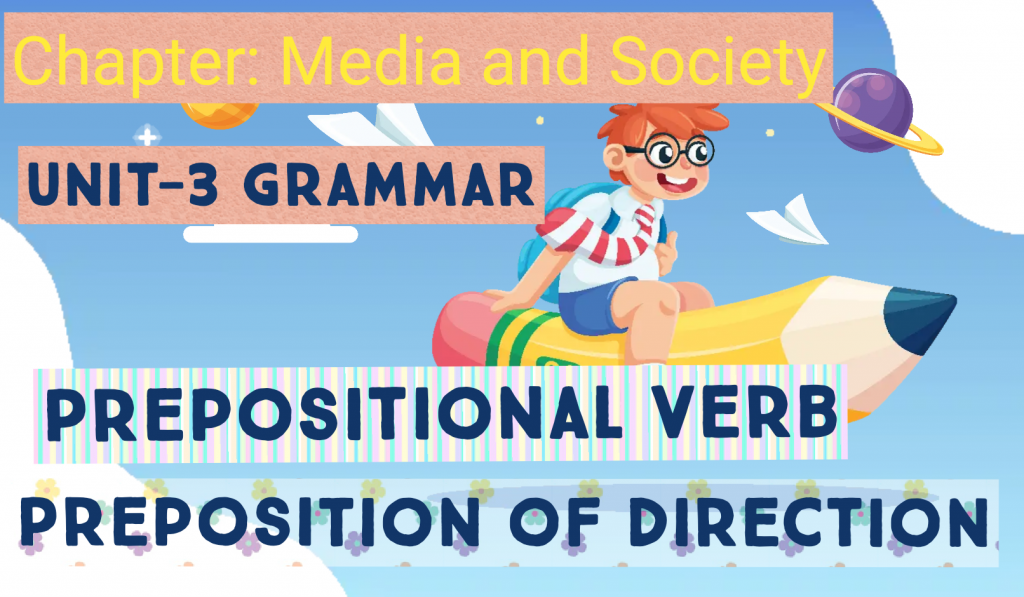 Chapter Media and Society “ Social Media: Its Influence and Control over People’s Live 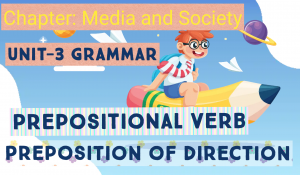 Grammar Exercise From the Book: Page: 25

Now, use the following prepositional verbs in sentences

adapt to: It is really hard for him to adapt to the new school.

devote to: The raised money will be devoted to preparing the school gate.

refer to:  His teacher never referred to her again.

reply to: They did not reply to his question about the school.

admire for: We admire her for what she has done to her society.

apply for: She wants to apply for the vacant post.

pray for: We pray for her quick recovery.

scold for:  Mother scolds her daughter for doing nonsense works.

vote for: If I get a chance, I’d probably vote for you.

aim at: He takes a gun and aim at the tiger.

arrive at : At what time will the bus arrive at the police station?

glance at : Rohan shot a glance at Susma.

look at: She searched and looked at him.

bring up: They are fighting to bring up a house alone.

agree on: We can all agree on our principal’s advice.

rely on: We can rely on our education system.

count on: He is counting on the money from the bank to buy a new book.

grow up: She grew up to become a famous teacher.

escape from: The school students tried their best to escape from the burning school.

resign from: The police officer resigned from the police force after the incident.

suffer from: He suffers from health problems.

argue about: They are arguing about our school uniform.

boast about: He likes to boast about how his son is a teacher.

dream about: He had the dream about starting a new business with Musk.

acquaint with: The aim of the programme seems to be to acquaint people with new technology.

agree with: She is simply saying that she agrees with the man.

charge with: They are charged with attempting to shoot an innocent.

trust with:  She is  the first person I’d trust with my bike.

believe in:  She has to believe in herself to pass the exam.

involve in: I was involved in new technological tools.

succeed in: He was filled with the positivity to succeed in his career.

absorb in: She absorbed herself in music to become a singer.

B. Complete the following sentences using the correct prepositions of direction:

C. Complete the sentences with the correct preposition from the brackets.

a. While we were hiking …through… the forest, we saw a mountain lion. (across/ through/along/under)
b. The leopards walked in a circle …round… the baby giraffe before they attacked. (into/towards/round/through)
c. Go …out of… the building and turn left. (into/up/off/out of)
d. She ran …away from… home when she was eighteen. (towards/away from/down/ across)
e. Raindrops ran …down… the windscreen making it difficult to see the road. (into/up/down/over)
f. Hemanta put the plate …onto… the table and began to eat his dinner. (onto/ into/up/off)
g. The frightened deer disappeared …into… the forest. (up/onto/into/toward)
h. We were driving …towards… the City Centre when we had an accident. (up/into/ towards/along)
i. The smoke from the fire went …up… into the sky. (into/up/to/onto)