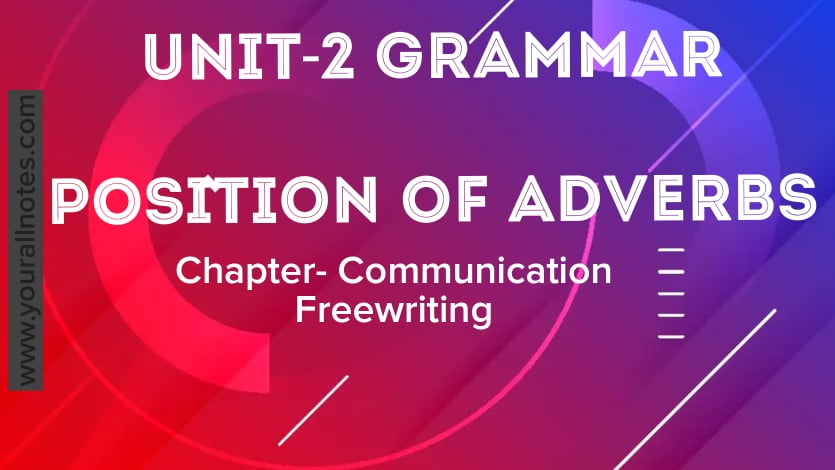 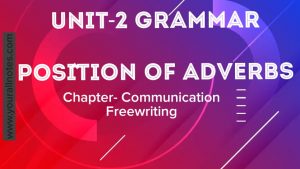 a. Read the following sentences from the text and notice the words that are underlined.
i. Do free writing exercises regularly.
ii. Go quickly without rushing.
iii. No wonder the producer gets nervous, jumpy, inhibited, and finally can’t be coherent.                           iv. You can throw away lousy beginnings and make new ones.

b. Write the following words in the right columns. Change the adjectives into adverbs and nouns into adjectives, as shown in the example.

c. Fill in the gaps with the appropriate adjective or adverb.

i. Pramila is playing …quietly… (quiet/quietly).
ii. Hari speaks very …loudly… (loud/loudly).
iii. Mukesh is a …careful… (careful/carefully) driver.
iv. The test was …easy… (easy/easily) and we finished in time.
v. He is fitting the …automatic… (automatic/automatically) door in my house.
vi. My uncle speaks …perfect… (perfect/perfectly) Chinese.
vii. It was raining very …heavily… (heavy/heavily).
viii. She looked very …calm… (calm/calmly), but I am sure she was feeling very
nervous.

A. Study these sentences.
a. Perhaps she is not coming to the party.
b. I sometimes visit him in the supermarket.
c. He drove the car carefully.
Here the words in bold are adverbs.

Adverbs can be placed at the front, in the middle or at the end position of a clause or sentence.

B. Rewrite the following sentences with the adverbs in the appropriate place.

a. I watch television. (often)

b. Have you been to Janakpur? (ever)

Ans: Have you ever been to Janakpur?

d. The weather is bad in November. (always)

Ans: The weather is always bad in November.

e. We have fish for dinner. (seldom)

Ans: We seldom have fish for dinner.

f. Pritam doesn’t  get up before seven. (usually)

Ans: Pritam doesn’t usually get up before seven.

g. I was very tired and I was hungry. (also)

Ans:  I was very tired and I was also hungry.

h. Did you enjoy the flight? (both)

Ans: Did you both enjoy the flight?

C. Rewrite the following sentences placing the underlined words in the right position.

a. I never have understood her.

Ans: I have never  understood her.

b. We are often invited to the parties.

Ans: We are often invited to the parties.

c. We all were tired, so we all fell asleep.

Ans: We were all tired, so we  fell all asleep.

e. Pradip hardly ever watches television, but he reads newspapers a lot.

Ans: Pradip hardly ever watches television, but he reads newspapers a lot.

f. We enjoyed very much the party.

Ans: We enjoyed the party very much.