A farmer, His wife and the Clever Mouse: Moral Story 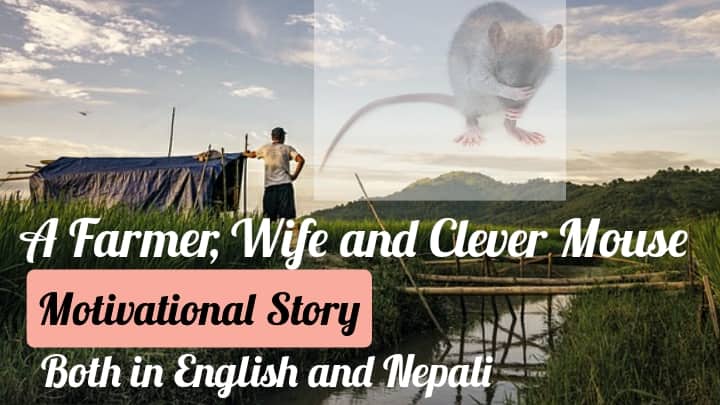 A farmer, His wife and the Clever Mouse: Moral Story

A farmer and his wife lived in a village. The farmer was suffering from rats. In that village, it was customary to have a feast when relatives and neighbors gathered.

One day a farmer and his wife were opening a packet. The mouse saw this scene from his hole. He thought that the owner must have brought food. After a while he realized that it was a mouse trap. He was surprised when he found out. Returning to the farm, the mouse said everything to the chicken. The chicken said, this is not for me but for you. The mouse said the same thing to the pig, but the pig also turned away saying that it was not his problem.

The mouse turned to the horse but the horse made fun of him. After no one took interest, he returned home. He bowed his head and sat in despair. He was ready to face the farmer’s rat trap alone. That night, the sound of a rat trap was heard, and the farmer’s wife ran to see what she had caught.

In the dark, she approached, thinking it was a rat, but it was a poisonous snake whose tail was caught in a net. A farmer’s wife was bitten by the snake. The farmer was disappointed and took her to the doctor. The doctor treated her for a few weeks and sent her home. The farmer’s wife got a fever. The farmer cut the chicken and fed it to his wife, saying that she was not strong enough.

Relatives came to see the patient. The farmer cut the pigs and fed them all. After some time his wife died. The farmer did the funeral work and at the end he cut the horses and fed everyone. 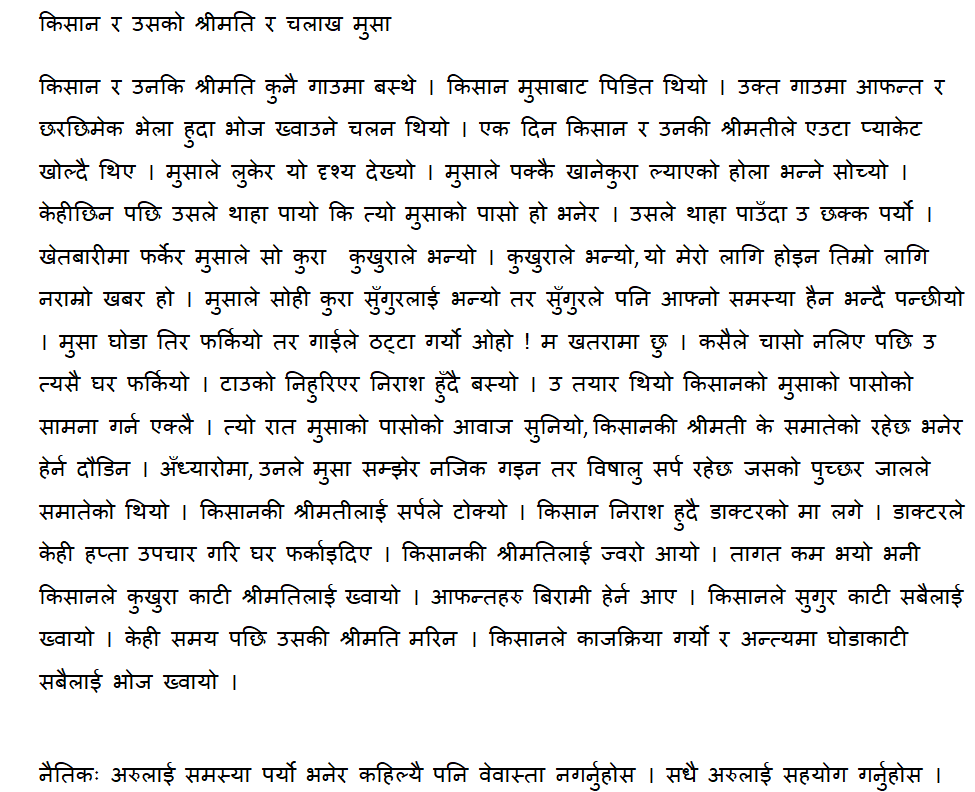